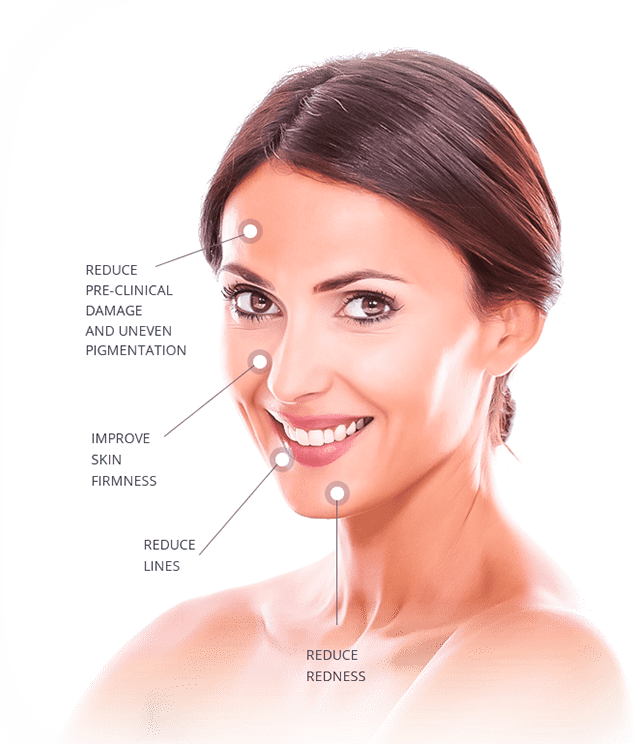 Based on advances in the emerging field of Telomere Biology, TA-65® for Skin provides benefits to all skin types. Under development for over 12 years, its exclusive patented formula is validated by multiple clinical research studies.

Provides the cosmetic benefits of cellular moisturization, color balance and a softening of fine lines and wrinkles. TA-65® for Skin is the first and only skin care product that contains the proprietary TA-65® compound to target skin concerns.

Helps to fight free radicals and support physiologically balanced oxidation in the skin. Free radicals, commonly referred as Reactive Oxygen Species (ROS), damage cellular components, including vital proteins and lipids, resulting in the appearance of age spots and wrinkles. Daily use of TA-65® for Skin can help to minimize, or eliminate these negative effects, while helping to promote healthy, younger looking skin.

TA-65® for Skin: Improves the Appearance of Aging Skin 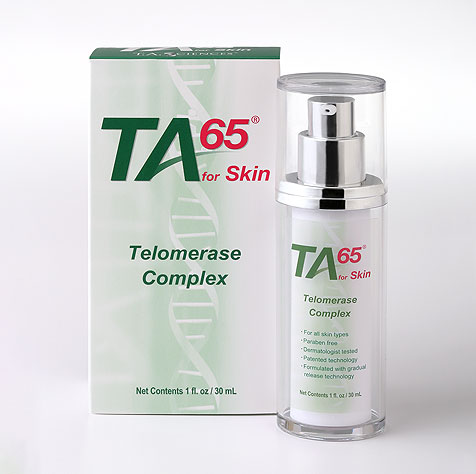 TA-65® for skin has been clinically shown to:

TA-65® is a patented, all natural, plant-based compound that supports skin improvement at the cellular level.

TA-65® for skin is the only skin care product available containing the TA-65® compound. 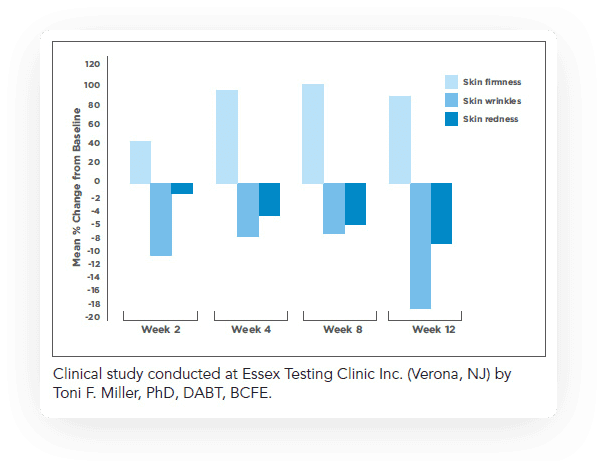 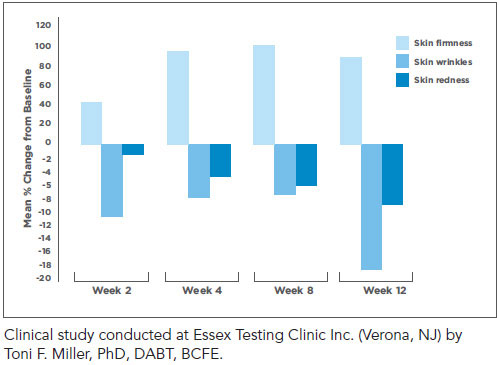 Randomized study of 54 female subjects shows that application of TA-65® for Skin for 12 weeks improved skin firmness and the appearance of redness and wrinkles. 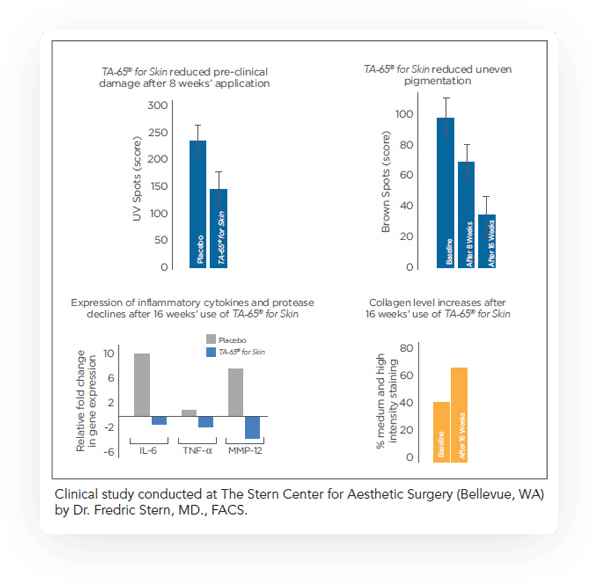 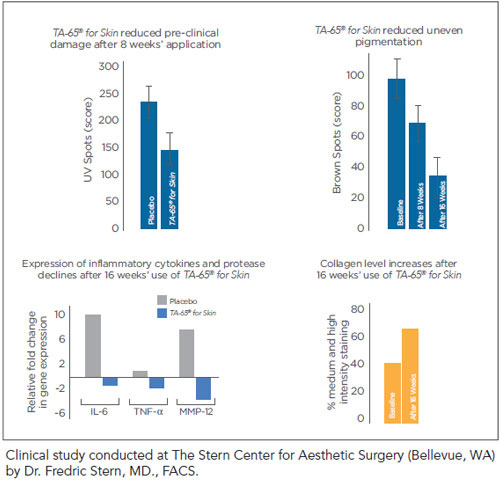 Randomized, placebo-controlled, double-blind study of 35 subjects with prematurely aged skin shows that TA-65® for Skin reduces pre-clinical damage and uneven pigmentation. The efficacy of the tested products was objectively analyzed before and after four, eight and sixteen weeks’ of use.