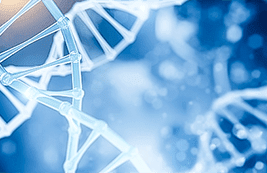 A new study published by the University of Connecticut in the latest issue of Current Pharmaceutical Design shows that daily use of the telomerase activator TA-65® provided protective effects against metabolic abnormalities associated with Metabolic Syndrome.

Like aglets (the plastic tips at the end of shoelaces that prevent fraying), telomeres are the caps at the end of our DNA strands that protect our chromosomes from becoming damaged. When telomeres become critically short, cells begin to die. Scientists know that an enzyme in the human body, telomerase, can add back length to these telomeres. Clinical observers wondered whether activating telomerase, and thus lengthening telomeres, would have a beneficial impact on patients with Metabolic Syndrome.

Previous studies have demonstrated that the commercially available nutritional supplement, TA-65®, activates telomerase and increases telomere length in humans. This latest study aimed to demonstrate the implications of those lengthened telomeres on at-risk subjects by evaluating the effects of TA-65® on Metabolic Syndrome patients.

This was a cross-over study, in which 40 screened and blood-tested men and women between the ages of 32 and 70 were given either TA-65® supplement capsules, or placebo capsules every day for 12 weeks. Then, after a 3-week washout period, they were crossed over to the alternate capsules for 12 weeks.

The subjects were examined and thoroughly tested for Metabolic Syndrome symptoms:

This was a double-blind, randomized study, which means that neither the subjects nor the researchers were aware which participants took the TA-65® capsule and which were given the placebo capsule. No other lifestyle changes were made during the study.

The study showed that TA-65® improved the following biomarkers:

After taking TA-65® supplements for 12 weeks, the study participants showed improvement in Metabolic Syndrome symptoms. It has already been established that switching to a healthier diet can prevent further damage caused by high cholesterol, inflammation, and free radicals. Therefore, TA-65® supplementation, in combination with diet changes, appears to be a good alternative for improving symptoms of Metabolic Syndrome and reducing future health complications in this at-risk population.

For details about subject testing and methodology you can read The University of Connecticut’s entire study.